Today's post is THE SHADOW RISES by K. S. Marsden 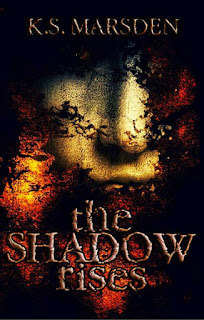 SYNOPSIS:
Witches are real, and to be blunt, they’re all black-hearted, and evil. These are not wiccans; witches are a different breed that use magic with devastating effect.
Charged with stopping the witches, taking whatever measures necessary, there are witch-hunters, all reporting to the Malleus Maleficarum Council (MMC). For hundreds of years witches have been persecuted and when the powerful Shadow Witch rises again, they have their opportunity for revenge.

The best the MMC has to offer, the talented seventh-generation witch-hunting Hunter Astley has his own part to play. In his own way.

THE STORY BEHIND HUNTER:

Yes, it's hard to believe that it has been 5 years since my debut was released!
It has always been an ambition of mine, to be a published author, and these last five years have been an absolute dream. (An incredibly steep learning curve, but still a dream).
The Witch-Hunter books continue to draw in new readers and are my best-sellers; and it is still the story that I get most excited about.

What prompted the Witch-Hunter trilogy?
Despite the fact that this series pegs the witch-hunters as our heroes, and follows the famous Hunter Astley; the story actually started with the bad guy.
I used to practise Wicca when I was younger, and I wondered what would happen if you had a bad witch. One that broke all the wiccan rules, and inflicted pain for the fun of it. I decided the witches in my story would be a different breed, distinct from their wiccan cousins, and not restricted by human morals. And my main antagonist had to be the most powerful witch in history, naturally. Magic without limits...
Once I had my bad guys, it seemed almost too easy to create the people that would stop them: the witch-hunters working for the Malleus Maleficarum Council (MMC).

A witch-hunter named Hunter?
Yes, I know it's cliche. I struggled to come up with a name for my main character. He's the best the MMC have at their disposal; he comes from a witch-hunting family, and has some ridiculous inborn skills to deal with fighting witches.

So, I used "Hunter" as a placeholder until I found a name that suited him. And it stuck. And he's enough of a pretentious git to pull it off.
It's actually a bit of a running joke in the series - Hunter's real name is George. Sexy, I know.

Fact vs. Fiction?
So... this might be a straight-up fantasy story, but a lot of it is based on real events.
The Malleus Maleficarum was a real book, published in 1487 as the guide for finding and persecuting witches, recommended by Pope Innocent VIII. (There's a lot of contention surrounding the "authors" and how legitimate the papal bull is, but I won't go into that here)
This book helped legitimise mass killings, persecutions, and the general witch-craze that swept the world.
Witch-hunters of questionable morals attacked people, regardless of gender or position. The incentive was often money, claiming the possessions of the "witch", or even to enact a grudge they were holding.
The most common "witch" was female, and if you were a woman with any ounce of independence, intelligence, free-thought, charm...

My Malleus Maleficarum Council is based on the premise that they quickly saw the damage that was being done by the ignorant general public, and immediately started working in secret. The MMC employs real witch-hunters, who track down real witches.
Until our modern-day Hunter Astley.

When I was looking for a new project to start writing, I knew that I wanted to do something in Urban Fantasy.
At the time, I thought the literary world was inundated with vampires and werewolves, and I wanted to steer clear of these popular tropes. I wanted something I could put my own spin on, something that felt like it was mine.
In the end, I nervously started fleshing out a story about witches. I've always been fascinated by stories of magic and wicked witches, and I started to put to use all the random facts that I'd gathered.
The fascination with witches actually comes from a long-running family joke that all the women in my family are witches, and that my nanna would turn us into a toad if we misbehaved. Y'know, the usual silly stuff.
It felt weird, taking something that had been a family joke, and turning it into a bunch of books for everyone to read. I'm just grateful that it went down well!

Mrs Astley
Even though Mrs Astley is just a background character - as Hunter's mother, she does little more than hang around the estate, and has nothing to do with witches - she is the one that leaves the biggest impression.
She is horrible to those around her. She doesn't intend to insult everyone, she just doesn't have a filter. She's very entitled, and thinks that the people around her will benefit from hearing her opinion.
A couple of fun facts about this character:
1) She doesn't have a first name. Well, she does, it is just never mentioned. Did you notice?
2) Her husband died five years ago (although it was never a happy marriage), but Mrs Astley has been kept company by Charles, the butler. Nothing is ever said outright, but they do play "chess" (amongst some of my friends "playing chess" translates into relations). 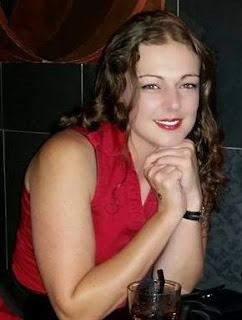 Kelly S. Marsden grew up in Yorkshire, and there were two constants in her life - books and horses.
Graduating with an equine degree from Aberystwyth University, she has spent most of her life since trying to experience everything the horse world has to offer. She is currently settled into a Nutritionist role for a horse feed company in Doncaster, South Yorkshire.

She writes Fantasy stories part-time. Her first book, The Shadow Rises (Witch-Hunter #1), was published in January 2013, and she now has two successful series under her belt.