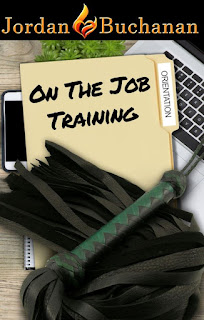 He wasn’t a billionaire with a dungeon full of toys; he was the Dom she’d always wanted.
She wasn’t a wide-eyed young innocent she was the submissive he’d always needed.

At 42, John Mackenzie finds himself starting over. He lost his beloved wife to cancer. His mentor and partner in their architectural firm suffers a stroke and dies soon after. Jacqueline Deane, the not-so-grieving widow, makes no secret she has designs on John. His exit strategy includes opening a private office in the guest cottage at his home. With new business coming in faster than he ever imagined, John soon needs to hire an assistant.

Laura Benson is an empty-nester, her only child in college halfway across the country. Happily divorced, she’s looking for a more fulfilling job and dreaming of the kind of passion she’s known only in the romance novels she reads. When a mutual friend puts her in contact with John, she jumps at the opportunity for change.

During the interview, each feels a spark, and John hires Laura on the spot.  After fighting their growing attraction to each other as long as they can, they begin to explore building a Dom/sub relationship that works for them. There’s only one problem distracting the couple from the euphoria of their new relationship. Someone is altering John’s job orders and substituting dangerously substandard materials and forging his signature on them. Before disaster strikes, John begins his search for the culprit while Laura contends with the platinum blonde shark—Jacqueline Deane. 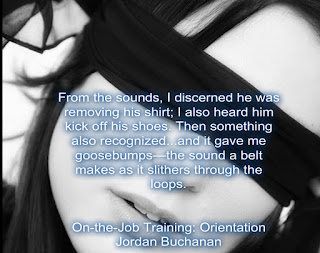 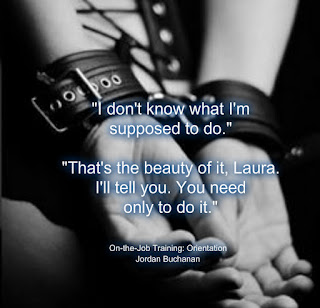 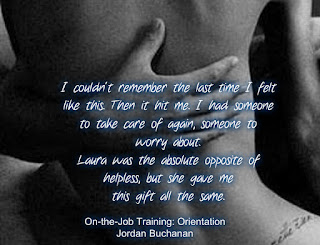 Jordan Buchanan was born and lived in the Blue Ridge Mountains of Virginia most of her life. Now residing in northern Michigan, she misses the beautiful Shenandoah Valley, but living in the home state of the mighty Detroit Red Wings helps ease the pain.

When she’s not reading, writing, or watching hockey, Jordan spends quality time with her charming husband, three young Labrador mixes, and two older, and a quite disgruntled cat.

Posted by catnip at 3:00 AM No comments: Links to this post