Elle Klass has released her Baby Girl Box Set, I-IV.  Check below for information. The story of Cleo is  mesmerizing. A must read. 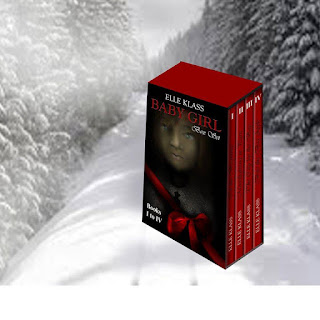 “A slight sting festered at my heart for leaving the only home I’d ever known. Through the night at a steady speed the train roared forward.”

“You should be happy.” His silver bullets drilled into my heart and his smell drove me wild. I took a step back, trying to keep myself from doing something I’d regret later.
He took a step forward and then another. Before I knew what was happening, he folded me into his arms and leaned down and kissed my orange less-moppy head.”

Box set includes In the Beginning, Moonlighting is Paris, City by the Bay, and Bite the Big Apple.
Abandoned at 12, Baby Girl is forced to face the harsh realities of life and struggles to find her path. She forages for sustenance, steals from the wealthy, and sleeps in any dark hole she can find. A ‘family’ of sorts forms between her and a band of other youngsters. Together they fight for survival, friendship, and love in the midst, but that is only the beginning. Life throws her one curve ball after another until secrets are revealed and the search for her true origins begins and ends with the powerful truth.
Posted by catnip at 5:53 PM No comments: Links to this post