My reviews for this week

DEFYING DARKNESS BY THANNA A SETLIFF

I thoroughly enjoyed this first book by Ms. Setliff. Her characters are well developed and the reader is given privy to their thoughts, gaining further insight into their true natures. Maire and Dorian begin their relationship under dire circumstances, but quickly discover an instant attraction. Will her Sire, a powerful vampire, be able to regain control over her, or can Dorian save her from his grasp?

Other characters are introduced, providing enrichment to this story. Dorian and his brother, Antonius, will have you chuckling at their loving, brotherly banter.
Congratulations, Ms. Setliff, on your first publication. I look forward to many more. 5 stars.
http://www.amazon.com/Defying-Darkness-Worlds-…/…/B01834RLJ2 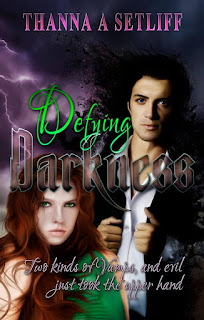 I thoroughly enjoyed this book and appreciate the referral from a friend. I now am an avid fan of Ms. Rook's stories. There is so much to this book... romance, a sentient planet known as Circe, characters that give added side stories, as well as intrigue and danger.
Tethyn, who lives on the sentient planet, is given the task of introducing Lewis, an envoy from First Home, to Circe, taking him to her secret home where Circe resides. Lewis desires Tethyn, but she is reluctant to surrender herself to him, wishing to retain her independence.
As Lewis meets and talks to Circe through Tethyn, he realizes the importance of this encounter to him as well as his planet. He leaves profoundly affected, realizing there is more to Circe than she is willing to share.
Danger appears, as others known to Lewis from First Home make several attempts to control the situation, wishing to gain power and prestige for themselves.
Written with intelligence, grace, and empathy, I found this book to be a fascinating journey, one remembered long after the book was finished. Well done, Ms. Rook. 5 stars. 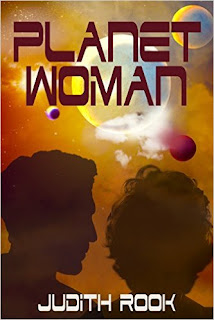 IN TIMES OF VIOLENCE BY KARINA KANTAS

Having not read anything in this genre, I wasn't sure what to expect from this book. I was pleasantly surprised to discover that Jade, the main character, is flawed like the rest of us, leaving her unhappy home to find her niche in the world. Attracted to the leader of a biker gang, she makes herself known to him, gradually gaining a place as his girlfriend. The life they lead is fascinating, and she is accepted as one of the family, giving her the confidence she has always wanted.The story takes place over a period of time, and love, betrayal, and danger run throughout. I like the way Ms. Kantas weaves her spell, one that will have you looking forward to the next book in this series.Well done. 5 stars.http://www.amazon.com/gp/product/B0075WWJJ6 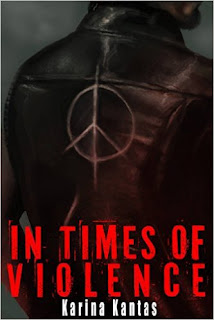 These are great reads. Get yours today.


Peace,
Barb
Posted by catnip at 6:02 PM No comments: Links to this post