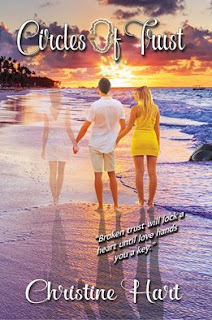 Imanya and Kaena were as opposite as two women could be, but had one thing in common...Davis.
Learning to trust again will prove that while he is the 'dominant' in the bedroom, they control what really matters...his heart. 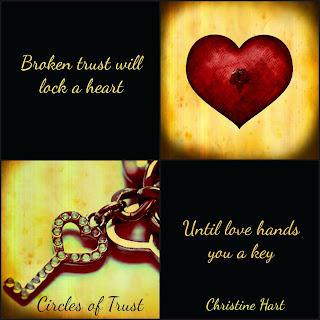 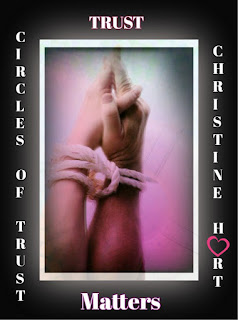 Christine Hart started writing about romance in grade school when she wrote a story about a love struck puppy. The puppy got his happy ending and Christine became addicted to writing. Believing there can never be enough romance in the world, Christine enjoys writing about unusual, quirky and slightly neurotic characters who sometimes make unlikely choices as they deal with even more unlikely situations but always find true love and their happily-ever-afters. She currently resides in California and even when life interrupts, which it usually does, has made it a rule to write every day - even if it's only one line.

Giveaway for signed copy of Circles of Trust:

Posted by catnip at 7:00 AM No comments: