If I could have one wish, I would be back in my mama's house. I loved her company.  She was a brilliant woman with a wicked sense of humor.  I think she knew me better than anyone, and for the most part, she was a delight. We spent many times in the car on the way from one place to another, discussing ethereal topics, her mind wandering as far as mine. She seemed to know no limits in her imagination and I found her a joy. I don’t think I’ve ever known anyone as fascinating.


I remember sitting in Grandma's kitchen when young, watching Mama cook.  She was a fantastic creator of food. Despite what you had in your kitchen, she would produce a delicious meal.  I asked her how she would feel if I died, and she answered, “I would cry for the rest of my life.”  That, to a paranoid kid, meant the world. 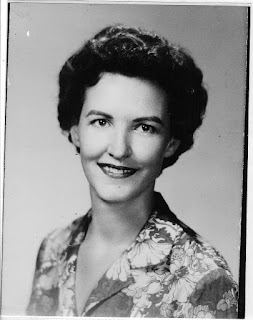 She was fixing dinner in a pressure cooker, leaning over to inspect the pot, and it blew up in her face.  I remember her consoling me in my terror, telling me that she would be fine as she was taken to the hospital.  I counted every second until she returned, her face wrapped in gauze.  Luckily, she suffered no real damage.

Another memory…she made wonderful donuts and shook them in a bag of sugar.  My sweet tooth raged as I watched.

When I was around 12, my parents discovered I could sing.  I hid it from them for a long time, letting them think that it was the radio. She was so proud and engaged a German voice teacher nearby to give me lessons.  She would sit in the car and read while I sang.

Mom was also a talented writer. I grew up reading her family anecdotes and thoughts on life. She was my inspiration that resulted in my lifetime efforts and recent publications. 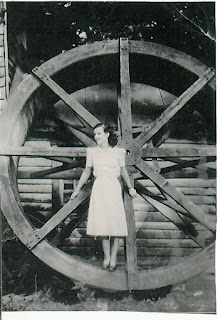 She had a good work ethic, often leaving home in later years, traveling several hours away to make a sale.  She could sell clothes to a nudist and no one could resist her charm. I don’t think she ever met a stranger, no matter what race or nationality.  She had many friends and was a friend to them as well.

My sisters and I were blessed to be her children. 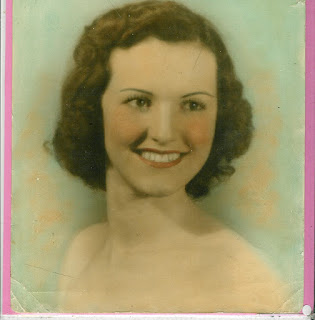 Posted by catnip at 7:26 PM No comments: Links to this post