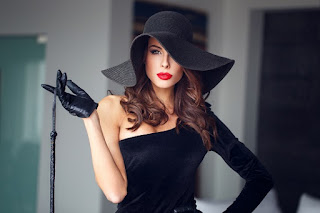 To say my blood froze in my veins would be an understatement. I did, however, manage to rise, greet my hot Italian with a kiss, and introduce him to Garrett as my neighbor down the hall. Imagine my surprise when Garrett rose, shook hands with Mr. Hot, and pulled a chair over from another table. Within five minutes, they were talking as if they'd been friends for years. I sat back and took it all in... Garret's body language and Mr. Hot's awareness. Then it dawned on me what was happening. My poolside friend was either conning Mr. Hot or was most likely gay. Another surprise! This day was proving to be filled with them.

A while later, Mr. Hot kissed me on the cheek and said. "Why don't you go dress, sweetheart? I have made dinner reservations."
I glanced at Garrett who seemed totally relaxed, then caught his wink behind Mr. Hot's back. Smiling to myself, I left to do as instructed, realizing that Garrett had it well in hand.
When I reappeared about thirty minutes later, they were still in deep conversation but both rose when they saw me. I suppose I looked good. My red hair (originally brown) was down around my shoulders, my makeup was spotless. and my little black dress was tasteful. It was off one shoulder but did manage to give the appearance of class. I wore the necklace Mr. Hot had given me on our first date...a gold chain with a red apple pendant.

Mr. Hot took my hand, then turned to Garrett. "It was nice to meet you. We'll continue this conversation another time. Enjoy your evening."

During my time dressing, I had regained my composure, and bolstered by the wink, I gave Garrett my best smile and a wink of my own.

Dinner was delicious. I was becoming accustomed to fancy restaurants with the equally fancy hotel afterwards. Room service brought champagne and fancy things called hors d'oeuvres. The first time he ordered them, I was told with a grin they were appetizers. This became a ritual in which I, you guessed it, was the main course.