I'd like to introduce you to Elle Klass, a friend of mine, whose book is being released today. I'm so proud to share this with you.

CALM BEFORE THE STORM 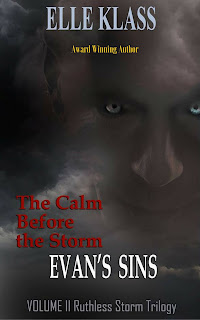 Author Bio:
Elle Klass is the author of mystery, suspense, and contemporary fiction. Her works include As Snow Falls, Eye of the Storm Eilida’s Tragedy, and the Baby Girl series. Her work Eye of the Storm Eilida’s Tragedy is a Reader’s Favorite Fiction-Paranormal Finalist in the 2015 Reader’s Favorite Awards. She is a night-owl where her imagination feeds off shadows, and creaks in the attic. Visit her website at https://elleklass.weebly.com. 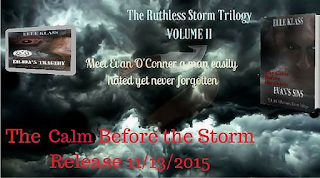 Evan O’Conner isn’t a normal child. His father’s alcoholism and mother’s abuse drives him to concoct a plan to rid his life of them permanently. The night is fraught with a horrendous storm, thunder and lightning as the beast inside him is born. Even in her death his mother won’t leave. She haunts his subconscious as he attempts over and over to kill her.

Evan meets his match when Officer Burkhalder enters the picture. One of her closest friends and his family fall victim to violent deaths during the worst hurricane Billows Hollow has ever seen. With only a sketch she learns the identity of the perpetrator and digs into his life, pries into his past – hunting him. Will she stop him? Or will somebody else? 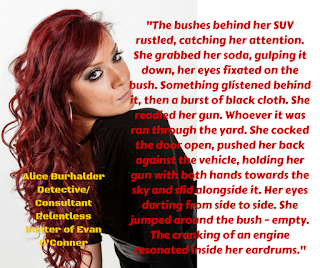 Posted by catnip at 3:00 AM No comments: Links to this post