I'm doing something I usually do not do...promoting myself. I've been writing all my life... poems, journals, venting, etc. Last year, I made the acquaintance of an author I admire. Julie Nicholls  encouraged me to write a story for publication, and after months of  consternation, Angel Mine found its way to Amazon. My story had positive reviews. The comments received were appreciated and suggestions were heeded. I'm working to improve with each book.

There are so many aspiring to be successful, and the sheer number guarantees many outstanding authors will get lost among the hundreds of thousands. I know many of those writers, ones whose words shine from the pages, making me smile as I read them. These writers I treasure, making sure I have their books on my kindle to read again and again.

So for what it's worth, here are my books so far. I hope, someday, to be among those whose writing I love. All covers done by Julie Nicholls. 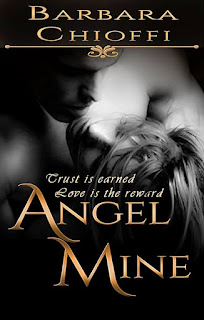 Jeza is a gorgeous redhead with a broken heart. One afternoon, she meets a handsome stranger at a local gun range and the sparks fly. Instant attraction results in a hot romance, but trouble looms on the horizon. Her former abusive boyfriend returns to reclaim her with dangerous intent. 18+ 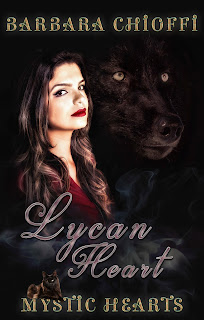 
Julia Monroe has been wandering all her life, from one foster home to another, then one job to another. She meets a wealthy man, Robert Flannery, who becomes her employer. His son, Justin, is attracted to Julia and reveals himself to her; first as his wolf persona, then in his human form. As their relationship develops, Julia learns more about the secrets the Flannerys hold, ones that will lead to love, friendship, and danger. Recommended for 18 and older. 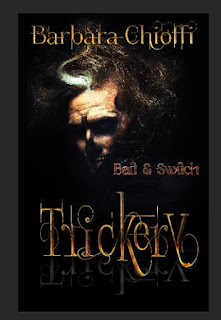 How about a little bait and switch? Three horror tales, each with a twist, three shifters with their own brand of terror. SILK, THIRSTY, and PREY will definitely keep you guessing. Intended for 18+. 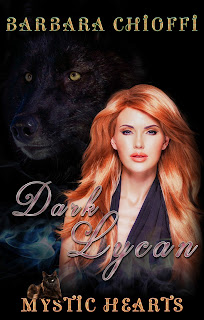 Tara Bentley has experienced much in her life. Losing her father while still in high school, she finds herself faced with a stepfather a year later. When she finally accepts him, rapid developments threaten to unravel her existence.

Attending a dinner with her parents, Tara meets a young man who proves to be a danger. She awakens in the woods, remembers being with him, but the rest eludes her. Found by a handsome shapeshifter, she is returned to her family.

Jared, her rescuer, begins to court her, and soon, they are in a loving relationship. Revelations come to light, involving her true heritage. These bring joy but also danger to her, as well as to Jared and his family.

Faced with the knowledge that her attacker is still at large, Tara must either decide to embrace her true nature to protect those she loves, or risk losing them.

After sitting with the same people for the second night in a row, Tara excused herself. Needing a break from the boredom, she stood on the balcony, elated to be alone. Lost in the scents of autumn, the night sang to her. It was comforting, like a warm blanket.
As she enjoyed the silence, Cody walked out a second door to stand nearby, interrupting the solitude. “Beautiful, isn’t it? I never tire of this view.”
“Yes. It’s gorgeous this time of year.”
“There’s a garden below with some dwarf sweetspire. Let’s take a look.” Cody suggested.
Tara sighed inwardly. She really wanted to be alone, but she didn’t like being rude to anyone. It seemed safe enough. After all, there was a gathering for dinner only a short distance away, and she was curious. Nodding, she followed Cody down the stairs to the patio.
He pointed to a large, colorful plant. “Tara, this is a beautiful sight in the spring. It’s green with white flowers.”
“Is this its fall color?” She touched the rich magenta leaves.
“Yes. It’s wearing its autumn coat.”
Tara smiled, appreciating his sense of humor.
“I was born and raised in this area,” Cody said. “There’s nothing like the mountains this time of year, anytime really. When the morning mist rolls down the hills, it’s magical.”
Lights from the first-floor foyer were shining, and Tara found herself relaxing with his friendly conversation. Pointing to a statue a distance away, he said, “This is the original owner of the inn, Winston Durham.”
Walking over to get a better view, she took her small camera from her purse to snap a picture.
“Hey, get one of me,” Cody said.
They both laughed as he mugged for the shot, standing in front of a bank of sweetspire at the base of the statue. Laughing, she forgot the warnings she felt before and leaned over to read the inscription on the statue. Cody moved, standing behind her.
Before she could make a sound, he grabbed her and covered her face with a cloth. Dropping the camera, she tried to scream, struggling in his iron grip, but he held her firmly in place. She felt dizzy, her struggles grew weaker, and she lost consciousness.

A heartfelt thanks to Julie Nicholls for your guidance and friendship. You can find her here:

Posted by catnip at 3:00 AM No comments: