My aunt was a brilliant woman, full of wit and good humor. She and I shared many things through the years... our love of family, of good books, art, and music, of nature, and of people. We were the watchers who often communicated without speaking.  A look or a touch of the hand spoke volumes.

Sister, as we called her, was a walker. We took many excursions, she strolling jauntily ahead, me struggling to keep up. Her energy was boundless. One memory that stands out is sitting under a huge tree, watching the leaves blow and the squirrels run. Words were unnecessary.

In looking through the family pictures, I have definite favorites, but the one that brings smiles is Sister in her grandmother's wedding dress, taken when she was eighteen. 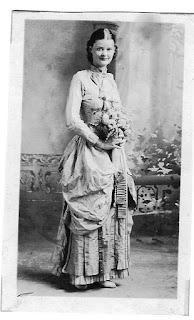 Raised in a small southern town, she had all the advantages her parents could provide. She and my father were close, enjoying times with friends and family. These pictures are of the two of them as young adults, playing off each other with their hats, and later in life, after marriage and family. 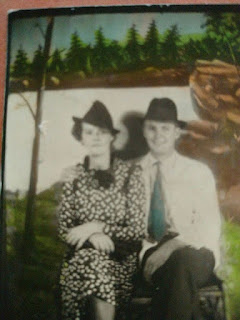 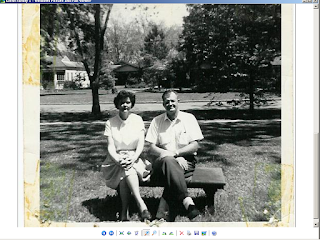 Sister attended college in Georgia before moving to Boston, where she met and married the love of her life some years later. When I moved to Virginia in the late sixties, I stayed with her until I began teaching. She and my uncle took me to concerts, lectures, and museums, broadening my horizons. Her presidency of the local women's club provided another level of awareness as I witnessed her in that capacity.

She was a touchstone for her family. I am her namesake. She was my aunt, but she was also my friend. 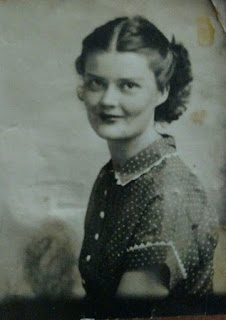 Thanks, Sister, for the memories.

Posted by catnip at 9:53 AM No comments: Links to this post