I am proud to announce the release of 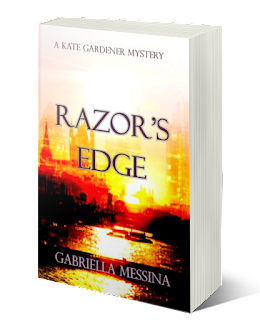 Summer, and the city is heating up…
When a scandalous tabloid reporter is gunned down in broad daylight, the question isn’t who did it, but who wouldn’t? The man had “dirt” on some of the biggest names in politics and business, and rumor has it he was ready to break something big… a scandal that could threaten the upcoming elections, and even the very foundations of government.
Caught up in a tide of crime and controversy, where friend and foe alike are poised upon the razor’s edge…
DS Richard Pierce finds his career and his reputation in peril when he is accused of planting evidence to frame the “Cathgate Ripper”, a vicious serial killer whose trial is poised to begin. Convinced of his innocence, Kate Gardener races desperately to gather evidence to salvage the case and exonerate Pierce.
Kate has balanced on that edge before… but will she be able to save her friends without falling from grace herself? 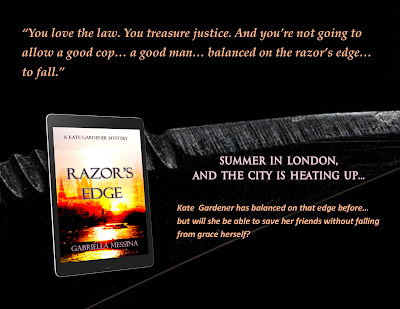 The Kate Gardener Mysteries is something of a hybrid, a merging of traditional British detective fiction with modern technology and sensibilities. In these books, our American-expat heroine is feisty and fearless, the cases are clever and, at times, quite violent, and the investigators catch criminals with clever analysis and a biting sense of humor. 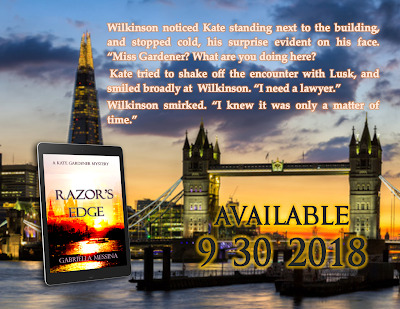 Buy/ Pre-Order Link: www.books2read.com/RazorsEdge
Posted by catnip at 3:00 AM No comments: Links to this post