On Christmas Day in 1929, a plane containing three men buzzed the home of a local man, alerting him to open the fairgrounds at Dunn, North Carolina. The pre-planned maneuver resulted in a plane crash, killing the three men aboard, two students and the pilot, my grandfather, George Alton Stewart.

It was thought that one of the young men, alone in the rear cockpit, panicked, taking the controls from Stewart, resulting in the devastating accident.

Stewart was fascinated by planes from boyhood. At the age of 22, his life changed forever when one landed close to his home, having had a mishap in the muddy field. Stewart introduced himself to the pilot, offering to repair the damaged plane.

Shortly, his childhood dreams came true. He took flying lessons and had his first solo flight in 1924. He became well known in the Southeast as a flyer, and his trademark was his safe and professional flying.

In a short time, Stewart's praises were being sung as the state's first licensed pilot and the first licensed aviation mechanic. His license was signed by Orville Wright. 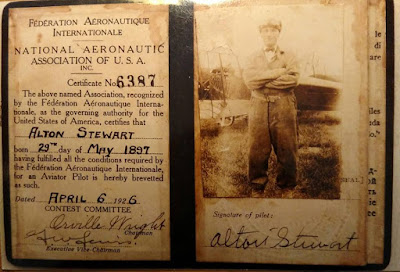 Stewart was happily married with three children...my uncles, David and Harold, and my mother, Jean. His death devastated his family but left a legacy in North Carolina history. His grave marker at Coats contains the following...

"He died in man's conquest of the air." 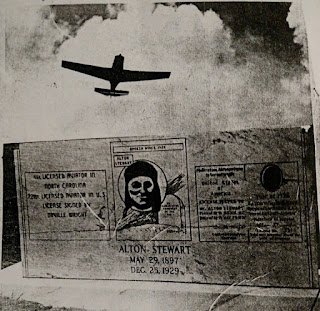 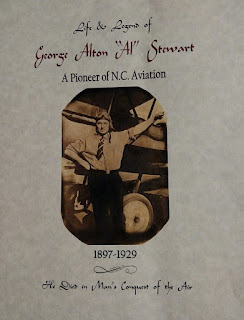 From the time I was a little girl, my sisters and I were told by our mother of my grandfather and his accomplishments. Later, my uncles also shared remembrances, leaving us with the picture of a loving husband and father and a respected pilot. 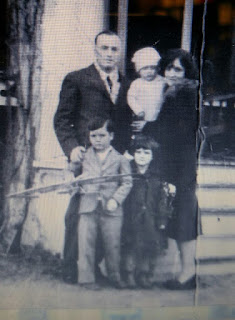 Thanks to an article in the Clayton News-Star for the facts in this blog post.

Posted by catnip at 10:49 AM No comments: Links to this post